The Future of Languages and Diversity – Indonesia 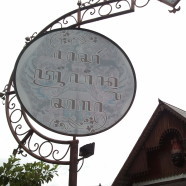 My first day at the Kehati office, the office assistant brought me a cup of hot tea.

“Terima Kasih,” I said. Thank you.

“Sedikit,” I replied. A little. She sat down smiling, and commented to the others in the room, obviously impressed.

“Bisa bahasa Jawa?” she asked. Everyone in the roomed laughed.

“She is asking if you can speak Jawa. It’s another language, of East Java,” said my english speaking coworker.

I smiled. I was in Indonesia, working at Kehati, a biodiversity foundation. Indonesia is one of the world’s mega-biodiversity hotspots – only Brazil has more species of plants, animals, and marine life than Indonesia’s 17,000 island archipelago. But it isn’t only biological diversity that Indonesia is rich in.

Human diversity as well – Indonesia ranks second in the number of languages spoken. It is one of the world linguistic hotspots – on those 17,000 are over 400 distinct languages and dialects. Only neighboring Papua New Guinea has more. The national language, bahasa Indonesia, is merely a revitalized form of a trade dialect used by Malay traders. Before independence, barely a fraction of Indonesians spoke bahasa Indonesia, and even after independence, it was a second language to everyone’s mothers tongues.

I came to Indonesia not only for its biodiversity, but also its human diversity. I wanted to see how a country unified around a language that wasn’t tied to any particular ethnic group – Bahasa Indonesia, or Language of Indonesia – and the role of people’s native languages in everyday life. Jakarta, the capital, includes people from all around the country.

I wanted to see how it compared to India, the country of my parents, with it’s unique quilt of languages, each with a long, literary history. Unlike Indonesia, though, India had no unifying language – Hindi and English were the official idioms, but within each state, the local language still dominated, often with its own unique script.

Therefore, it comes with great disapointment to say that in nearly 6 weeks here, Jakarta has proven to be less linguistically vibrant than I had hoped.

In a city of people from everywhere, it makes sense that Bahasa Indonesia is widely spoken – but to my surprise, I’ve met many native-born Jakartans who ONLY speak Bahasa. Their parents might be from another part of Indonesia (Sumatera, West Java, perhaps, or Sulawesi, or they are Chinese Indonesian) but they only taught their children Bahasa.

All public education beyond elementary school in Indonesia is only in Bahasa – some instruction in the early years is in the local languages, but not too much. All Universities teach only in Bahasa and, sometimes, English.

Perhaps, I thought, this was only a Jakarta thing – maybe outside Jakarta, people used their local languages more. Perhaps people in villages will speak with each other in the local languages – but all official writing, all store labels, all government documents, id cards, the currency – only in Bahasa. I’ve met several people who just moved to Jakarta from other parts of Sumatera and Java – young people, my age. Most of them know their native tongue, but not always fluently – but Bahasa is their first language. My coworkers, also from all around Indonesia, only speak to their children in Bahasa Indonesia.

Why? Because, local languages don’t have a future. Indonesia is now a country with English language papers (The Jakarta Post and Jakarta Globe) but no papers published in Betawi, Sunda, Batak, Javanese, Balinese, Madura, or any of the 400+ local languages. It’s not unique. Similar situations are abound in linguistically diverse African countries like Nigeria, the Congo, or Ethiopia. Here, perhaps we can see our future. What use is a local language in a globalized world?

I see it in Jakarta, in glimpses. Wealthy families who enroll their children in English language schools – and then speak to their children only in English. I see them in the fancy malls, dressed western, running around with nearly impeccable American accents. They don’t speak their native, ethnic languages – but nor do they speak Indonesian, beyond a basic conversational level. Why should they? The future is English, Spanish, or Chinese. On a national level Sundanese is useless, but on an international level, so is Indonesian.

The second most spoken indigenous language in Indonesia is Sunda, the language of West Java, the capital of which is Bandung. In Bandung, I hoped to see what was the status of this language. So I asked my host, after noticing all signs in Indonesian, “Is Sunda script used anymore?”

That didn’t sound right to me. “So, when was it last used?”

It was wrong too – Sunda script, in its most recent form, was used from the 14-18th century, up until Dutch colonialism. I saw one sign in Sunda script the entire time in West Java – at the entrance  to a national park. No one could read it. My two Sundanese guides, who knew rudimentary Sunda, spoke to each other in…

In Bandung, a Sunda city, all the signs were in a localized form of Bahasa, with some Sunda words mixed in, and a Sunda accent. But at all restaurants, cafes, bars, my hosts ordered in Bahasa. Sunda might be more used in the countryside, but here, in the capital, it is not a living language. And Sunda is #2. Imagine the status of the hundreds of lesser spoken languages.

If language is only as useful as the opportunities it opens up to you, then we are well on the path towards a mass extinction of the 6,000 languages spoken today. Soon, perhaps at the end of my lifetime, estimates are that there will be only 600 left. This is unprecedented in human history, the intentional destruction of so many languages.

Indonesia, today, has app. 400 languages. Only one is functionally alive – Bahasa Indonesia. Dozens of beautiful scripts, such as:

are all gone – no signs in any of these scripts in Jakarta. Bahasa is written in Roman script.

It’s a real shame, too, because several Indonesian languages have had long, vibrant, literary history – Javanese, the most spoken native language in Indonesia, has an incredible archives of poetry, literature, all written in alphabets that almost no one can read anymore. Hundreds of years of history, gone. And most of this happened post-colonialism. After Independence.

Two months in, the office maid still beams at my attempts to speak Bahasa Indonesia, but I rarely hear her speak any Jawa, even with the other Jawanese in the office. I’m enjoying learning Indonesia, but with every word, I wonder, am I contributing to the destruction of Indonesia’s other languages? Part of me wants to pick up a different local language, but who would teach it to me?

Are modernization, development, all the reasons for Indonesia to disregard the past, build new shopping malls, and move towards the future, worth it? I feel like I’m missing  a huge piece of the puzzle in my experience here. I feel like I’m seeing a facade, or the remnants of something that was once far greater.

If we lose our past, can we truly move-on to the future?