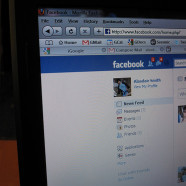 It is possibly the greatest decision I have made in 2011.

It was during junior year of College that I first heard about Facebook, a new, campus-only social network. After some resistance, I joined, intrigued. It had some great functions – allowing you to enter and see who else was in your classes, to create groups for student organizations, and more. The “wall” was more like an actual wall, where you could draw pictures and erase other people posts. And poking was still fun!

Yet, at the very beginning, Facebook was built on a false premise – the idea that a profit-driven, privately managed social network could provide societal benefits. If that was the case, Facebook would have built on its base – providing better tools for campus collaboration, enabling more user control, and respecting the privacy of its users. As we all know, it did not.

It’s one of the most basic problems with our society – the amount of trust we give to corporations in regards to private information, when their main goal is profits and market share, not people. It is why Yahoo aided the Chinese Government in prosecuting a journalist – to maintain market access. Its why Verizon, ATT, and T-Mobile all helped the Bush administration illegally wiretap suspects. It’s why Facebook’s new features are most related to how they can use their most valuable asset – your information – and turn it into advertising revenue.

Why do we put so much trust in corporations and their leaders, who have no interest in our well being?

We need a Democratic, Open Source Social Network that doesn’t inhibit, but drives social action and uses the power of the internet to strengthen communities. The power of this new social network should not be in its CEO, but in its users, who should have complete control. There are models for this – Linux operating systems, for example, or the LibreOffice software suite, the free, open-source alternative to Microsoft Word. Diaspora is the best model out there -but even it has a long way to grow.

And until then, I’m happy outside of the walled garden of Mark Zuckerberg’s personal fiefdom. Why don’t you join me?