Was Grad School Worth It? 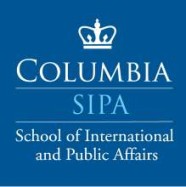 I’m sitting at a cafe at Columbia University. An Ivy League school, though the ivy tower seems far less impressive from the inside than the outside. Part of that is the reality of it not actually being that special, but part of it is also us students taking the special for granted.

Either way, in three months, I’ll be finished. A graduate, an MIA, ready to take on the world.

At times its exciting to realize that I have no idea where I’ll be a year from now. At the same time, it’s terrifying how fast the past year and half has gone, accelerated by torrid pace of life in New York City, but also a factor of age. Once upon a time, a year felt like an eternity. Four months studying abroad in Paris felt like an extraordinarily long time, so many experiences, so much growth. A year around the world went by fast too, but the pace of change – new countries, new people, new memories – kept up.

Grad school was a different. I came to escape what was turning into a monotonous existence at a desk job – despite the fact that, compared to most similar jobs, mine was superb. But I wanted my work to match my dreams of being a global citizen and changing the world, and it wasn’t. But how? What did it mean to change the world? So to school I went.

Before beginning, I did a 10 day silent meditation retreat. I’d had a terrible fight with my then-girlfriend, a fight I now see as portending  the end of our relationship. The anger and resentment made it hard for me to get as much out of the retreat as possible, but I tried. What I got out of it, I now realize, is a far more clear understanding of time, place, and our own insignificance. It’s been terrifying to realize the vanity of even noble life goals such as changing the world or trying to become a famous writer to fulfill my own sense of destiny. No matter how hard we try, no matter how strong we build something, eventually, eternity will make all human actions insignificant, impermanent.

Does that mean everything we do is worthless, doomed to have no meaning over the long times scales of the universe? No. It just means we need to focus more on the now, and on each other, on the present and the actions we take at every moment. Grad school has encompassed this struggle within me, while at the same time, I learned about economics, sustainable development, earth sciences and the role of human institutions and the nation-state. And how so many things that we take as being intrinsic to modern society – citizenship, national languages, social categories – are really human constructs, and that the source of power is us, in so much as we allow power to influence us. Change can’t come from an individual but from us collectively, consciously and unconsciously.

I realize I don’t fit – anywhere – because I’ve felt that there is something incredibly unnatural about the “categories” that we have created – and now, I know that they are truly unnatural. So was grad school worth it? It gave me the chance to think, to learn, and to better connect with the world I want to be a part of. Where will I be in a year? I have no idea, but I can’t wait to figure it out.

Life is a perpetual learning experience – the only true source of power is knowledge. Not instinsic knowledge, but useful, actionable knowledge.