A New Perspective on Colonialism 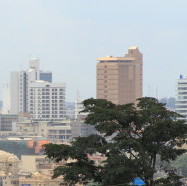 Comparisons are the unavoidable kick of travelers. Part of the quest of traveling is to gain perspective about the world, to understand it better. We see where we are through the lens of where we have been, our life experiences, which both cloud and inform our own unique perspectives. For all my travels, this is my first time in sub-Saharan Africa. Uganda, a country that I, honestly, knew incredibly little about before getting put on this project. It feels unlike any country that I have ever been to, a country made of a different breed.

Had I come here earlier in life, my impressions would be different. Such is life – a series of unique, personal and universal experiences.

With time, I’ve come to question the idea of place, and how it is defined. What is Uganda then? The name itself comes from a Swahili misinterpretation by the British of the indigenous name of the Buganda kingdom, which only makes up 20% of modern-day Uganda. It is a mix of over 20 ethnic groups, some with homelands, others pastorals, others migrants, put together almost arbitrarily by European colonial powers.

We’ve come to think of countries, and nationalities, as natural facets of human life. But is that really true? But what has struck me is the fact that Uganda, this made up country, an imposed nation-state, has such a force of its own today. This evening, I met a family, living in Kampala, the capital, but originally from the southwest of the country, near the Congo border. That border could easily have been changed, putting them on the other side – and their lives would be completely different. The arbitrariness of the borders, of the systems that colonialism created, are astoundingly powerful.

Colonialism also fundamentally changed Uganda in a different way than anywhere else I have been. It turned a mostly animist, and traditional religious population into one that is now nearly 90% Christian – many devoutly so. If Colonialism was so bad, but its the reason for the dominant religions in the country, then you can get into a lot of murky ground about whether colonialism was truly negative. And the truth is, nothing is every clearly negative. Nothing is ever so clear cut.

So I wonder, why does no one ever seen to question our system – our borders, nation-states? The first step to solving any issue in Africa seems to be to build the state – institution, laws, governance, community activism. First, we must prove the existence of a structure that has inherent flaws, especially here, where it was imposed through a system – Colonialism – that did little to build what we need today.

It is almost as if we are trying to prove colonialism right.