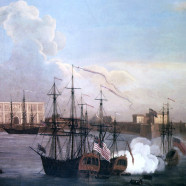 As an Indian-American currently living in Indonesia, I was surprised to read Mr. Rooseboom’s recent article comparing the Colonial experiences of Indonesia and India and showing the British in a better light than the Dutch. Unfortunately, in my time here, I’ve often heard Indonesians lament that it would have been better had they not been colonized by the Dutch, even hearing this from the mouth of Indonesia’s former President B.J, Habibie at a recent conference. The reality, of course, is far more complex, and here I hope to provide a different angle than that of Mr. Rooseboom.

India and Indonesia were, by population, the two largest Colonial possessions in the world during the 18th and 19th century, and both were heavily desired by European powers. After failing in their quest to colonize and exploit the valuable resources of the East Indies, the British East India Company decided to try its luck further west, in India….

Read entire article
This is an exert from a piece I wrote on Dutch Colonialism published in Bali Expat, a print magazine based in Indonesia.