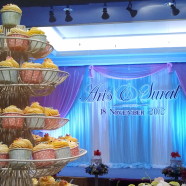 As Indonesia develops, its people are becoming more transient. Jakarta is a melting pot of people of various religions and ethnicities from all around the archipelago, and Bali’s growing economy has brought in thousands of migrant workers from Java and Madura, fueling Denpasar’s change from a provincial city to a traffic-clogged capital. Add in the growing number of expatriates now living all around Indonesia, and the millions of Indonesians, overwhelmingly female, working abroad, interfaith romance is nearly inevitable. As people mix, love emerges in new, unforeseen ways. With it comes rifts; tradition versus modernity, religion versus secularism, globalization versus culture. Cinta Tapi Beda is taking a private issue and bringing it to the public sphere.

There are no official statistics about interfaith marriage because Indonesian law only allows for religious, not civil, marriage, and thus one of the marrying couple must convert for the marriage to be recognized. This, not surprisingly, creates difficulties. Who should convert? What will the families think?

Read entire article
This is an exert from a piece I wrote on Marriage in Indonesia, published in Jakarta Expat, a print magazine.