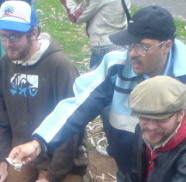 You may not have even noticed it happened, but last week Couchsurfing officially hit six million members. To some, a milestone, to others, another sign of how mass media popularity is ruining a good idea. It should come as no surprise that there is widespread discontent about the direction the site is taking, and an active search for alternative platforms.

While I may have doubts about today’s Couchsurfing I also believe the potential is still there to embark on an even greater, more ambitious project.

Before we can envision that future, Couchsurfing needs to take concrete steps to rebuild trust, increase openness, and recapture the spirit that spurred the sites initial organic growth. Thus, in response to the huge response of my initial article, my plan to save Couchsurfing based on my experiences as longtime Couchsurfer, traveler and social activist.

As a social activist, I’ve worked for many nonprofits around the world. Thus, I understand how an organization builds trust with its membership. It’s also why I’ve been so vocal about Couchsurfing’s Management, who seem to be ignoring even the most basic, time-honored practices with regards to communication, involvement, and outreach, not to mention the new realities of an interconnected world.

Remember – it was members who built the community, organized events, invasions, and setup groups for ridesharing, apartment hunting, potlucks, and more, often despite what was (and still is) a clunky, buggy site.

For that sort of community, non-profit status would have been ideal. Many non-profits, such as my previous employers Sierra Club and Peace Action, have a board of directors that is elected by the members and is independent of staff, but votes on yearly budgets, program goals, and strategy. Sierra Club has a national headquarters, but also chapters and groups all across the country, and one of the main roles of HQ is to disseminate information and provide tools to local organizers for their own independent efforts. Thus, the structures empowers the regions. They aren’t dictated to by a CEO who never had a profile until he was hired.

I believe the structure would have have better fit Couchsurfing than that of a B-Corp.

#1 – Treat members as members, not as users.

#2 – Build an organizational structure that empowers communities around the world, by building tools they request, not generic “place” pages that mix up cities and make finding useful information difficult.

#3 – Create an equivalent of a board that can provide meaningful member input in a more accessible forum.

#4 – Fire or demote the new CEO and all new, staff, and open up the hiring process to meaningful community input.

Sound ambitious? Of course. But this is only the beginning to the future Couchsurfing. Next, a complete shift in how Couchsurfing communicates with members, following a paradigm global shirt. If Couchsurfing is to be a truly global network, it also needs to integrate transparency into its organizational practices, otherwise, the vast majority of its members will continue to be disconnected from HQ and the slide in meaningful interactions will only continue.

Transparency means building trust through open sharing of information. It seems like a slam dunk for a member driven social network to embrace transparency, but, unfortunately, Couchsurfing has taken numerous steps in the opposite direction. Today, there is no place to find staff bios, the CEO’s profile is hidden, and network stats, once freely available, are now gone. We are repeatedly told (only in English) that things are happening “behind the scenes” but are given no way to provide input, and no insight into how Couchsurfing really operates.

Companies deal with issues like this all the time, and the internet – the same platform that made Couchsurfing possible – is fostering shifts in openness and corporate accountability. Remember Wikileaks? A global movement has blossomed over the past two years, showing how we live in an era of information.

There are calls to open up access to Government, to widely implement tracking of Corporate Social Responsibility standards, and, now, companies in some industries are required to manage their supply chains. Just this week, there was a campaign launched to force clothing manufacturers sign a pledge to ensure safety standards in overseas factories, in response to the horrific factory collapse in Bangladesh that killed over 600 people. If this was a few decades ago, we’d never have even heard about the factory, and, of course, Couchsurfing wouldn’t exist.

The fact that Couchsurfing is on the wrong side of this movement is a tragedy. Yes, it is a corporation, accountable first to its investors, but we, the members, are the consumers, and Couchsurfing needs us. It is outdated, bad corporate practice, to hide behind walls of secrecy. Transparency will go a long way in re-establishing the trust that the past years actions have cost the organization.

Steps towards an Open Couchsurfing.

#1 – Tell the truth about why Couchsurfing was unable to receive non-profit status.

#2 – Explain where those millions in donations went in the years before the move to corporate status.

#3 – What is the role of venture capitalists in the organization?

#4 – Come clean about plans to monetize the site so that funders receive a return on investment.

Once Couchsurfing implements transparent communication practices, we can move to the final step – regaining the famous spirit, through a reassertion of values.

We can never return to the past, but we can chart a path towards a greater future. Couchsurfing worked because surfers like me, were empowered by their positive experiences as travelers, were excited to open up their homes to guests once they had their own place.

Trust is fragile. One negative experience can cause a host to shut down his or her couch. There is now a major imbalance between surfers looking for hosts in certain cities (Paris, New York, Berlin) and hosts never getting requests in non-destination cities. How to rebuild this trust, and reintegrate safety into a network that, still, has its base in finding a free place to stay?

An answer may lie in the original hospitality network, Servas, decades old, which relied on books of potential hosts in each country in lieu of online profiles. Safety was maintained through a system in which hosts were vetted by existing members. But Servas was more than just a free place to crash. At its base was a powerful ethical mission – that each friendship the organization built was a step on the path towards world peace. Hospitality exchange meant building connections between boundaries that would tie humanity together into a web of love.

I’m not saying Couchsurfing should become focused on world peace, but if it had an ethical purpose, it could move beyond just being a “free place to stay” website, and events could move beyond “let’s get drunk at a bar.”

It could be a movement.

#1 – Using the new structures,  convene a digital conference of all active members to determine a universal, ethical foundation for Couchsurfing.

#2 – Implement the agreed upon ethical goals in all communications and re-brand the site so that it’s not longer just about finding a place to stay. In Thailand this past year, I met a young man of mixed Burmese and Indian origin. From the second I met him, I knew he was someone with a good heart, a genuine person, who treated those around him with respect and love.

We only spoke for a few minutes, but he invited me to visit him at his University, and a few days later, I came. He showed me around the beautiful countryside and took me to one of the oldest Thai floating markets, and talked about life, family activism, and his travels. I was astonished to hear about when he was just 17, he biked around Southeast Asia, from Vietnam all the way through Indonesia, alone, with little money. I asked him, how did you find a place to stay, expecting the answer to be, well, Couchsurfing.

“When I was tired, I would just find some homes, and knock on their door until someone let me stay.”

“Was it tough finding someone?”

“No, I never had to knock on more than two or three homes.”

Oftentimes, they had no language in common, speaking in gestures or short phrases. In exchange for their hospitality, he would cook dinner. More often than not, they would become close.

“When I left, they would often say, don’t go, stay longer,” he said, smiling.

That is why I vehemently disagree that human nature leads to hook-up oriented events, or that money is necessary for hospitality exchange. There was, and is, a greater, natural human spirit of sharing that breaks down social and cultural barriers, and it is that spirit that Couchsurfing needs to recapture to grow into a positive force for change.

This is only the start of the conversation. Please share your ideas for Couchsurfing in the comments. With enough fervor, HQ won’t be able to ignore us.