Football Fanatics and the Ideal of Sport 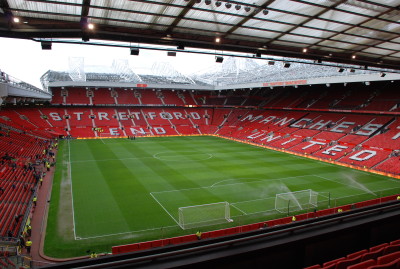 It’s only a few days to the European Champions League Final, May 25th, and though it will take place far way, in London, England, and will involve no players from Southeast Asia, let alone Indonesia, the drumbeat to the match will be clearly visible here.

As the date neared, we saw growing numbers of  football fanatics in Manchester United, Bayern Munich, Real Madrid, or AC Milan jerseys in the malls of Jakarta. There are larger lines at already crowded Futsal centers. In fact, at bars, cafés, behind street vendors, anywhere where you saw a crowd of mostly (but not entirely) Indonesian men, it is likely they are watching one thing.

A football match from the other side of the world.


At first, it seems a paradox. How did European soccer become so popular in a country with its own rich traditions and sports, where finding flat, open land to play a game can be nearly impossible?

Not surprisingly, colonialism played a role. Javanese educated in Europe brought football back with them, and local competition began in the early 1900′s. Indonesia was, in fact, the first Asian team ever to compete in the World Cup, back in 1938 under the colonial moniker Dutch East Indies National Football Team, its only appearance. After Independence, Football’s popularity among all Indonesians only grew.

Football thus fits with the Indonesian propensity to adopt trends and fashions from abroad. There is an obvious colonial angle – look around the world. The sports most of the world plays, the most avidly followed teams are from colonizing countries. Some legacies die hard.

Still, sports are a global connector, and no sport has a larger following globally than football. In fact, fitting that early World Cup appearance, today Indonesia is the largest football loving country in the planet, by default, as my home country, the United States, is fixated on American Football, India is hardcore Cricket country, and the biggest behemoth, China, has embraced Basketball.

The fact that many Indonesians spend so much time watching football made me wonder – what if things were reversed? What if Europeans or Americans followed something in Indonesia as fanatically?

It could be a local sport – sepak takraw perhaps, the bamboo kick volleyball game which still fires up rivalries in the Southeast Asian Games every four years – or badminton? Maybe something cultural?

Imagining the cafés of Paris showing the Ramayana Ballet performances at Prambanan Temple in Jogjakarta, or American sports bars playing matches between Indonesian futsal teams seem as preposterous as well, average westerners knowing that Indonesia is the 4th biggest country in the world, or, perhaps, what the major religions or dominant ethnic groups are. That is to say, reality is not something to be proud of.

The lack of knowledge between the developed world and the developing world is a huge barrier, one that globalization has perhaps changed the character of, but not the substance. This goes both ways. It is true that American music and cinema are popular throughout the world, but anyone who has seen any Hollywood films knows that what is depicted in pop culture is not often related to reality. Likewise, despite how closely an Indonesian may follow Manchester United, it is doubtful he or she would be able to tell you one fact about the actual city of Manchester, England.

Nevertheless, sport is different from most media. It is a recreation, a form of individual effort, and as old as human culture itself. However, league sports, such as UEFA, or the National Basketball Association in the United States, are new phenomenon, more focused on marketing, commercialization, and profit. That is why, unfortunately, knowledge of league sports doesn’t translate into knowledge of culture and society.

This wasn’t how it was supposed to be. Pierre de Coubertin’s dream, when he founded the Olympics in the 1890′s, was that sport would take the place of war, provide a friendly venue for countries to compete in ways that wouldn’t result in deaths or ill-feelings. It was a noble goal. Unfortunately, de Coubertin didn’t foresee that sport would also become a tool of nationalism. Hitler used it to showcase Nazi Germany to the world in the 1936 Berlin Olympics, and we saw something similar during the over-the-top extravaganza in Beijing just five years ago. Adding to that is that modern sports is ruled by another global trend, one adopted with glee by Indonesian youth – consumerism. Sport is a product, and explains why the majority of those who watch football, never actually play it.

In an ideal world, sport would bring us together and provide a platform to share culture, identity, and ideas. I’ve seen first-hand, whether at a Futsal field in Kemang, or playing Takraw with children in Thailand, how sport allows us to communicate beyond the barriers of language, religion, and, ideally, gender. One of my Indonesian friends runs a football jersey shop in Bogor. When I visited his shop for the first time, he was shocked that I only knew the names of a few male football players, and the fact that, in America, women’s football is far more popular than men’s. Nevertheless, he asked me to pick a jersey so we could take a photo together. Looking through the racks of advertiser-sponsored European league jerseys, I found one I liked, red, with no sponsors, just a logo on the right breast: Garuda, the winged Hindu national symbol of Indonesia.

It may be years before this jersey makes its return to the World Cup, but fans here will likely continue to follow their favorite teams abroad fanatically. Whether that translates into a better world, or if we will ever take similar notice of Indonesia from abroad, well, that may be asking for too much.