Am I Asian too? 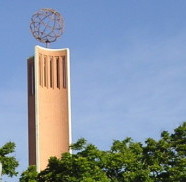 Let me start on a lighter note – an anecdote from my Freshman year of College, more than 10 years ago. I was at the In-N-Out across the street from the dorms, in bar-seating facing a window towards the campus, with two Asian-Americans dorm-mates I’d just met. It was orientation week at UC-Irvine, so school hadn’t yet started, but I was excited. Finally, after six years living in the Midwest, I was in California, and, happily, already making friends.

“She definitely Chinese,” said the guy sitting next to me, pointing at a short Asian girl with an oversized backpack, on the sidewalk in front of us.

I looked at her, perplexed. Did they mean ethnically? After all, this was UCI, and though it was majority Asian, it was also 98% Californian. There were very few international students here. And how could they tell her nationality just by looking at her?

“That one, definitely Korean,” said the other guy, pointing at a tall guy in glasses. Was this some sort of game Californians played? Guess-the-ethnicity? Was it a skill?

Across the street, I saw two Caucasians males walking towards the In-N-Out. I could play this game too.

“Over there, that guy is definitely German, and the other, Irish,” I said, barely able to not giggle. I turned to them, expecting laughter.

Instead, two faces stared at me with a mix of perplexion and pity, clearly saying – are you mentally troubled?

Hurt, and not sure how to respond, I quietly went back to my burger. This piece is the first in a series of articles on Asian culture and identity – starting with my experiences growing in America. Originally appeared in 8Asians.

That was my culture shock, and despite traveling to Asia, Africa, and Europe in the following years, nothing was ever as hard as that first move from Kansas City to California and being surrounded by, for the first time, other Asians. Or, at least, that’s what I thought.

Growing in the Midwest, I’d always felt out of place, and, naturally, blamed it on where I was. It wasn’t lack of diversity per se – sure, my high school was mostly white, but within “white” were Irish-Catholics, Southern Baptists, German Protestants, and a large Jewish minority. My best friend, in fact, was Jewish and resoundly rejected being called “white.” Diversity exists everywhere, but only if we want to see it.

No, my dislike was more to do with the bubble my suburban high school was in, disconnected from not only urban Kansas City just up the freeway, but the world as a whole. We were, after all, more than a thousand miles from any border, as Americana as you could get. I knew that there was more out there, and hoped that in California, I would be more connected to it, and find others like me.

Yet, as my intro shows, my return to California was far from smooth. Ethnicty, which I’d tried to ignore my whole life, all of a sudden was in the forefront. My skin color mattered – so much so that people made judgements based on it (“So you must be studying Engineering?”), judgements I’d never been exposed to before, cloacked in so-called cosmpolitan cultural intelligence.

In the Midwest, no one would ever ask your ethnicity – it would be impolite, but students at UCI seemed to have no such qualms. So when my Asian-American roomate first asked me about my race, I answered as I always had.

“You’re not Asian,” he responded curtly.

For a few seconds, I was too shocked to respond.

“I’m Asian. You’re Indian,” he continued. In his mind, he was both Asian and Chinese. But I was just Indian. We also never became friends.

It got harder from there. On the second day of class, I walked through the student center, where everyone was eating lunch. I froze. Each table in the outdoor plaza was filled with a different ethnicity. Where did I fit into this scheme? As my roomate had showed me, I wasn’t “Asian” enough to hang out with the Chinese, Koreans, or Filipinos, and, conversely, not “Indian” enough for the Indian cliques either. Even the white students were unapprochable, an antagonistic minority, nothing like my mostly white friends in high school.

I was as out of place in California as I had been in Kansas, despite the dramatic increase in diversity. But, it was, as I would later see clearly, diversity in name only, and that the cliquiness I saw was, I’d later learn, a natural reaction to far greater forces in play all across America.

As an antsy 19 year old, I reacted as I always had. I left. The next year, I studied abroad in France, and would, with time, I travel the world to expand my mind. Upon returning to California, at a new University, I formed my own clique with a bunch of diverse misfits, united in our differences, not, like the cliques at UCI, in our common skin color or parents birthplace. They challenged me to think and destroy preconceptions.

The prejudices I was exposed to as a Freshmen have made me resoundedly anti-stereotype, and I pride myself on not only breaking barriers, but not judging others by appearance either. At the same time, my respect and pride in my own culture has grown – South Indian, Hindu, Buddhist, American, and yes, Asian.

It wasn’t an easy journey, and I still have a lot to learn.

And just to be clear. I AM Asian.