A Journal through The Garden of Evening Mists 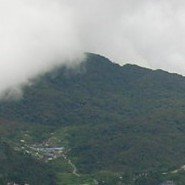 There is surprisingly little writing on the Japanese occupation of Southeast Asia, especially if you’re looking for local, creative voices. Yet, few regions of the world suffered as much during World War II. Millions were imprisoned and many perished in resource rich countries like Malaysia and Indonesia, forced into slave labor for the Imperial war effort.

Living in Southeast Asia, I often wonder; who were those millions? Malaysian author Tan Twan Eng weaves, through the mists of fading memories, the story of two sisters whose lives were tragically affected by the war. But what is even more impressive is that the story also includes voices of the oppressors, the Japanese, with the entire story told though the images, visible and hidden, of a Japanese garden.

The book captured me immediately – the dry voice of the narrator, the walls she places in her life to survive, and the indelible impression the past has on her present. Underneath it all, a disease slowly tearing away the memories in her brain, enveloping her in fear, of losing her past, and the promises she made but could never keep to her long deceased sister. I felt that I was listening to the shadow of voices that I know must exist all throughout Southeast Asia. Voices of the past that are still beating today, silently, underneath the shopping malls and consumerism that have overtaken the region.

I couldn’t put the book down. The author masterfully connects so many worlds up there in the Cameron Highlands, a tea-plantation checkered, forested, foggy, cool region in the interior of Malaysia. Japan, Malay, Dutch, British, Chinese all intersect – a reality that had been cut by the past, slowly being pieced together but only in a patchwork. It would remain, forever, mysterious. Such is the nature of reality and Eng captures it masterfully in his book.

The present juxtaposes this past – the narrator of Chinese descent, speaking in English, challenges the very idea of Malaysia. The inclusion of Japanese characters as people who also suffered was fitting and true – everyone suffers in war. But some suffered worse, like the narrators sister, a voice that only remains in her memories. Almost forgotten.

The narrator couldn’t keep the promises that she made to her sister, but really, to herself. She never could move beyond the past, and only in this garden, one which she never really understood, could she escape. It was dark but true. Sometimes, we can never move on. We try to let the past be forgotten, and let the voices of those who suffered disappear, but something always remains. A mist, fading into the background of the present. But there.

In the end, the garden would be dedicated for her sister, opened to the public, but, would it remain the same place? The scars of World War II still effect us everyday, we just ignore them, as here, in Asia, a new present is being painted above our dark past. A paint colored with new nations, new ideas, but one stunted because it never learned, nor acknowledged, its own history and suffering.

Purchase The Garden of Evening Mists in print as an ebook at Powell’s.