7 Books that Changed my Life 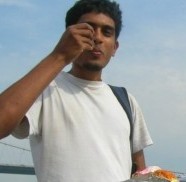 Stories have incredible power. Even before there was a written word, tales passed orally, from person to person, generation to generation, connecting people through the long eons of human history. It is narratives, whether it be narratives about lives, or stories about fantastic world ,that exists just beyond reality as we experience it, and help define our very humanity. Life is literature.

These seven books touched me and drove me. They were stories that connected with my life, or exposed me a larger, wider world, one where I could fulfill my desire to make a difference. I went to high school in the suburbs of Kansas City, true Americana, and my graduating class was 96% white. The Civil Rights battles of the not-so-distant past seemed far, far away from our idyllic, but segregated, upper-middle class world. So when I opened the pages of this book as a naïve Freshman to the stark words of a child fighting hunger, living in a single-mother household after his father was lynched for speaking his mind, I was transported to an alternate version of what could easily be my reality. Poor, urban, black, from rural poor to the hard life of the urban ghetto. Through Malcolm X’s search for meaning and, eventually, religion I discovered what it means to have a purpose. Through the struggles of the Nation of Islam I learned about the power – and danger – of ideology and leaders.

Today, Afrrican-American writers, from Richard Wright, Maya Angelou, to Ralph Ellison, remain among my favorite, any every time I read their words, I feel strength from their struggles for justice. A struggle that I know, affects my own life daily.

That led to, eventually, this summer before College, when I was eager to get out of suburban Kansas City and off to California, where, I believed, my destiny lay.

I was about to get out and explore the world, but, I knew little of that world. History in high school had always been boring, exams and classes that focused on date memorizations and re-learning the Civil War again and again.

This book was different. In it, I saw that history was not just numbers and dates, but a deep narrative with many different, sometimes contradictory interpretations. The past directly affects the present, and that nothing is ever as clear cut as it seems. I knew about World War II and the atrocities of Nazi Germany, but not this level of complexity. Through [authors] rich, detailed text, I understood how Germans voted for the Nazis freely, felt empathy for young Adolf, and was in awe of his brilliant military strategy and horrified by his racial policies.

It was also where I began to wonder – had I been living in that past, would I be a followed, or a leader. I stroke that, in this life, I would be the latter. 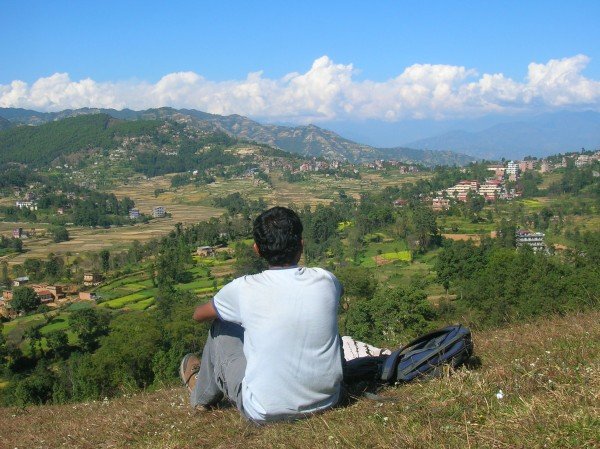 The next year, as a college Freshmen, I read a book by an extraordinary, accidental leader. Like Malcolm X, Acosta, aka Zeta, Brown Buffalo, Cabeza de Vaca, wrote in a voice unlike any I’d ever head before. This was Gonzo literature, with a narrator who didn’t just influence every situation, he transformed it with a mix of guts, bravado, and incompetence. His lies weren’t lies because, in the moment, they became reality. Drugs, sex, women, friends, all mixed together in a story that illuminated the city I had just moved to, Los Angeles, and the Chicano rights movement that had never been mentioned, not once, in high school.

I recently re-read this book and while Zeta’s voice is not longer as shocking, I appreciated even more his courage and ability to blend into so many situations, to bullshit with a purpose, to fight for causes he did believe in, but without any moral authority. As a wide-eyed Freshman still unsure of what exactly he wanted to study, I felt deep in my hear a desire to be like him.

The McDonalization of Society – George Ritzer –  Summer after Freshman Year

It was time for me to put my ideas into action. So that summer after Freshmen year, I stayed in California and checked out dozens of books from the library, wanting to make it a summer of knowledge. I barely finished ¼ of those books, but one stood out. This book about one of the defining industries of my country: Fast food.

To create the monotony that is fast food, where everything tastes as is expected, requires huge amounts of chemicals, factory farming, and flavor manipulation. What’s even more important is how fast food has literally changed our society. We expect standard food in abnormally fast times. McDonald’s wasn’t natural, but its spread is now destroying the uniqueness and diversity of global cuisines and agriculture.

This book opened the door to new knowledge. I began to be more interested in organic food, factory farming, GMOs, and agriculture. This book connected the problems in society around me to the responsible structures – the fast food industry and big agriculture. I also stopped eating Fast Food this summer. Today, I try to get only food from Farmer’s Markets, have gone vegetarian and believe that transforming our food system is a key step towards sustainability worldwide.

Exterminate all the Brutes – Sven Lindqvist –  Junior Year of College

It was an election year, and America had just gone through the expensive and unnecessary invasion of Iraq. But I had little knowledge, then, of the vast dynamics of history that had created countries like Iraq, despite being a child of India, once the world largest colonial possession.

Colonialism, a dark era in which wealth flowed directly from countries like India directly to the coffers of European capitals. Sven Lindqvist took this a step further, connecting the racial theories that underpinned colonialism to its logical outcome – racially driven policies in Europe, used by Germany against its minorities during World War II. He shows how this was only an extension of what the British, French, Belgians, and Dutch had done in its overseas empires. The only difference – Germany did it in Europe, with methodical precision that was haunting in ways the invisible genocides of black Africans were not.

His argument – Europe as a whole is to blame for what happened in World War II. I believe that the modern, capitalist world that grew out of Colonialism, which was, at its heart, driven by need for capital, has yet to cut ties with the atrocities of the past. This is why, even today, indigenous people suffer at the hands of foreign corporations, and oligarchical elites dominate politics in countries like Malaysia. Racial theories may not be in vogue, but exploitation continues just as before, under a new name. That is the world I seek to change.

When I finished reading this book, I sat there, book closed, and didn’t move for 30 minutes. I was so overwhelmed with emotion that I had to just let it wash over me. Haley had written a story for millions of Americans who were descendants of men and women like Kunta Kinte, of the horrific period of the trans-Atlantic slave trade. It was gripping, powerful, and, many times, brought me to tears. To be forced to travel across the ocean, to dream of seeing your family again but, literally, unable to achieve that dream. Your language, your religion, your identity taken from you. To grow up, live, and die a slave. It was powerful and helped me connect to deep, inter-generational suffering.

If you put a gun to my head and force me to choose a favorite book of all time, this is probably it. An epic masterpiece of American literature that ALL Americans should be required to read.

You’ll notice that most of the books on this list are non-fiction. I was knowledge, and, for years, mistakenly thought that knowledge only lay in serious books.

Then I picked up this book at an airport in Malaysia, and immediately whisked on the remarkable journey of Rajkumar, an orphan working in Burma when British ships sailed up the Urawaddy and conquered one of Asia’s most ancient kingdom’s. It was written in a voice that described love, pain, and culture through numerous, beautiful voices and characters.

With this book, I began to read novels by international authors as possible. There were a plethora of voices telling unique, fascinating stories from perspectives not often found in mainstream western writing. Today, I count Tash Aw, Rohinton Mistry, Tan Tew Eng, Pramoedya Ananta Toer, Ma Jian, Aminatta Forna, and others as favorite writers. Glass Palace opened up a whole new world of literate that is enriching my life. 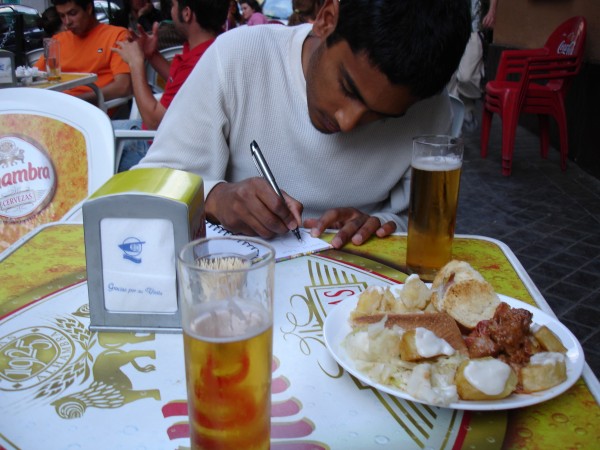 My journey from high school in the midwest to work in Southeast Asia has been extraordinary. That is life; an adventure, and reading was the key to the new world I’ve explored. My desire to travel, to help change the world, to work for social causes, all came from the books above, which taught me about the world and how to change it. Today, I am an author myself, having just finished my first book, Traveling Softly and Quietly, the first of what I hope is many. Perhaps someday, I’ll also be able to inspire others to follow their dreams.

What about you? What books changed you life? Please post them in the comments below – so I can check them out myself.