A Tale of Three Cities: Kabul, Seoul, and Damascus 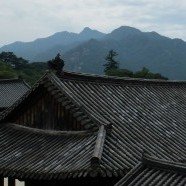 Thoughts based on Omar Akbar Qais phenomenal book, A Fort of Nine Towers

Afghanistan. A country of deep beauty, a rich, multi-ethnic and multi-faith culture, and, conversely, atrocious brutality. In Qais Akbar Omar’s book A Fort of Nine Towers the three are presented as one, coexisting in disharmony through the oft-confused eyes of a young boy who loves his Grandpa.

Afghanistan has a unique history. It was never colonized alongside the rest of South Asia, three times fighting off the British, but it was never peaceful either. It was long the crossroads connecting the kingdoms of India, central Asia, and the Middle East when this was the most advanced region in the world. Its people are a mix of Aryan, Turkic, Persian, and Arab cultures. It was also a crucial piece in Europe’s disastrous quest to control the world, fought over by the French, British, and Russians, whose disregard for the Afghan people created the instability that has led to the country now being a symbol of destruction and chaos.

As Qais reminds us, it wasn’t always like this. The book starts with a beautiful image of Kabul, Afghanistan’s wondrous royal capital, a city of less than 100,000 filled with gardens and trees. Images of kite flying, apple trees, and a culture in which people trusted and loved each other – though with the subsets of racial tensions that would explode during the civil war – made me ache to visit this Kabul. A Kabul that has been completely destroyed by war.

It is a beautiful story, but one, like many others I’ve read [links], that should never have been written. Throughout the book, my thoughts went to another part of the world, where Civil War rages today, and millions of refugees, in situations like Qais and his family, are suffering through factional battles, snipers, the victims of a conflict that is ruining their lives. Meanwhile, the world just watches, unable, or unwilling, to act.

Meanwhile, I walk though the streets of another country, South Korea, that, just five decades ago, was also in the throes of a deadly conflict. Over 3 million people died during the Korean War. Seoul, a centuries old, proud, historical capital surrounded by green hills, sounds like the Kabul of Qais’ youth. Cities of gardens, protected by beautiful mountains. Seoul was reduced to rubble by fighting during the Korean War, much like what happened to Kabul decades later during the Afghan Civil War that Qais lived through. Both were preventable. We could have done more to help Korea during its 37 year subjugation by the Japanese, which, with collusion from America and Russia, led to the devastating war that left more then 3 million Koreans – 10% of the population – dead. How many families lost their homes like Qais’? How many were tortured by the invading North Korea, and later, Chinese forces (tens of thousands were kidnapped and forced to live in the North, their stories still untold).

Every stories is unique, and many are full of moments of beauty. For example, the family that, after they hear Qais trying to steal Pomegranates from their garden when his family, living in a car, has no food, invite them into their home and provide them food and shelter for as long as they need. They do it because of their faith, true Muslims, a stark contrast to the rapes, killing, and mindless atrocities Qais witnessed the Mujahadeen and Taliban commit in the name of Allah.

As I read the book, my thoughts wandered to another city. One that, just four years ago, I was invited to visit, a pearl of the Mediterranean and, like Seoul and Kabul, a ancient city of beauty and history. Today, it is being devastated by a civil war that has left Syria in shambles and millions homeless.

Fate changes fast. South Korea, once devastated, is today prosperous, one of the consumer capitals of the world, rebuilt and vibrant, though lacking its former beauty. That is where I am now, and I finished the book while sitting alone at the top of one of the many peaks that make up Gayasan National Park in South Korea. In front of me was a peaceful vista of green mountains, as far as the eye could see. I had just visited one of the country’s most famous Buddhist Temples, Hainsa, which hosts one of the world’s grandest collection of Buddhist texts in Classical Chinese script.

Afghanistan once was home to a vibrant Buddhist Kingdom too, which build one of the grandest monuments in human history, the giant Buddha statue of Bamiyan, destroyed, as Qais puts it, by ignorance. In fact, Qais and his family, for a time, lived in one of the caves that made up the head of Buddha, representing a religion that had long left Afghanistan but the respect for which remained, as Qais’s devout Muslim Grandfather, a source of strength and inspiration, wisely states when he tells his grandson that one who truly understands Buddha and Jesus will understand Islam even more.

Is it this knowledge that I seek – to understand not only the world’s religions, but also its history and through that, my place in the world. I am inspired by the moments of love in Qais book, how many times his family is helped by strangers and how their past – when they treated everyone with respect – helps them survive through. It is a story of innocent people caught up in global turmoil, but whose love for their country remains strong.

Today, at this moment, there are probably thousands of Qais, young boys and girls fleeing terror in Syria. Many will not survive to tell their stories, but some will. Maybe in a decade, I will pick up a book by a Syrian Qais, of another tragedy that I could have done more to prevent.

As I walk through the bright, loud streets of urban, modern Korea, one thought remains in my mind. How can the very people who build their present after such horrific collective suffering, not have empathy for those going through suffering today? Not so long ago, Damascus was a beautiful, prosperous city, and Seoul was the city being bombed and destroyed, leaving millions homeless. It might be so long before the situation becomes reversed again.

After all, that war never really ended.

Omar Akbar Qais’ book is available for sale on Amazon.