I’m based part-time in California, Indonesia, and Japan, and (in non-pandemic times) travel regularly across the Asia-Pacific region. During my travels, I am available for interviews and speaking engagements.

Topics I have spoke on before include: the role of Google and Facebook in society, press censorship in Southeast Asia, the death penalty in Indonesia, infrastructure development, tropical forest protection, supply chains and more. I’ve also given talks and trainings to students, sustainability groups, media and non-profits.

See below to see my previous interviews and appearances, and planned travel schedule. You can contact me to schedule an interview using the form below, or via Twitter/LinkedIn. 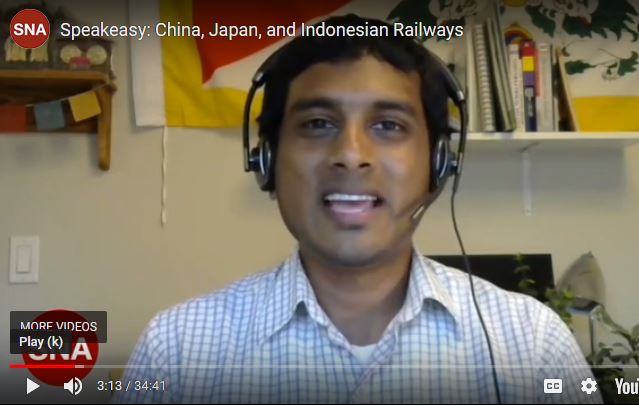 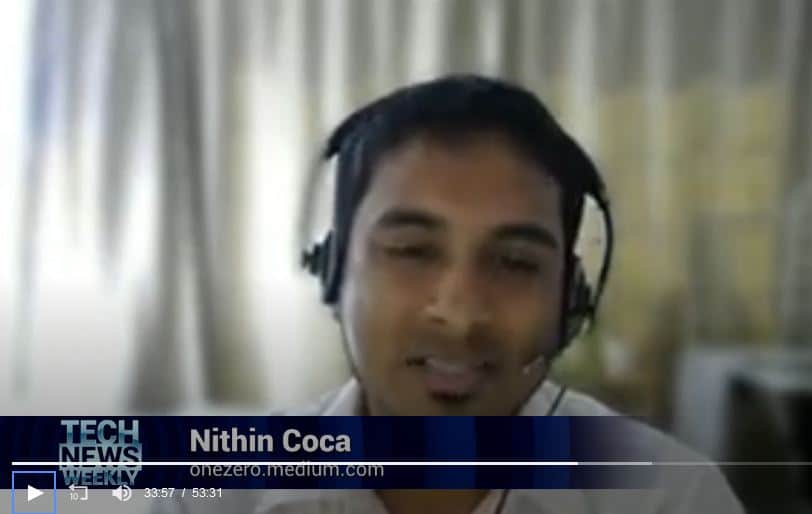 March 2021. Guest on weekly episode of SeaChange Radio, which is broadcast on over 50 US radio stations, on Indonesia’s coal crisis.

Oct 2019. Twit Tech News Weekly – Interviewed by Jason Howell and Ant Pruitt for live episode entitled Google is a Small Country, about going Google-free for one year, why I did it, and the biggest challenges I faced.

Sept 2019. Interviewed in Slate’s If Then | Tech Podcast episode “Breaking away from Google” by Aaron Mak on my attempt to close my Google account, and the alternatives I found.

Feb 2019. Featured guest in IRL Podcast episode: “The Surveillance Economy,” interviewed by Manoush Zomorodi  from Mozilla, where I talk about what it was like to quit both Facebook and Google.

Jan 2019. Interviewed for The Global Voice for a series focused on Asia on what it’s like to do journalism as an American in Asia, my views on key issues in Asian politics, and the importance of being in a country when reporting.

Nov 2018, Quoted in OneZero Feature: The Definitive Tactical Guide to Quitting Facebook. “I know a lot of people go cold turkey, and I feel like those people end up coming back on because they’re not ready for all the connections they’re going to lose.”

Feb 2017. Featured in episode of Simmer Podcast by Allison Howe.

June 2016. Quoted in The News Lens (Taiwan) FEATURE: Clock Ticks as Indonesian Execution Spree Looms. “I don’t think the current administration cares that much what the international perception of their policies are…I think [international lobbying] had a reverse impact, domestically at least.”

Oct 2019. Mentioned in China Digital Times “Is Xinjiang inspiring Modi’s Crackdown in Indian Kashmir?”
At The Nation Nithin Coca identifies similarities in the two campaigns, including the two regions’ similar status as “de facto modern colonies,” rising nationalism, the focus on Islam, and the use of Chinese technology…Coca continues to note that currently, “the best hope for Kashmir lies in the fact that India has not yet gone as far down the authoritarian path as China. There remains a civil society, albeit one under increasing pressure, some free press, and a supposedly independent judicial system[.]”

Oct 2019. Article for The Nation mentioned in SupChina “Is Kashmir The Next Xinjiang?”
This piece which looking at whether India is learning from China, based on Kashmir’s recent shut down mentioned my latest take (insert link) on the topic: “India’s treatment of Kashmir shares more than a few similarities with how China has treated Xinjiang in the past decade, according to an article by Nithin Coca in The Nation”

April 2019. Reporting on Indonesia mentioned in VOA article “Post-Election, Indonesian President Expected to Go Soft on China Despite Maritime Flaps”
Widodo’s comments on foreign relations are aimed at courting Chinese development help rather than in taking a stand on “issues such as the South China Sea crisis,” writer Nithin Coca said in a report for the Lowy Institute for International Policy in Australia.

Aug 2018. Foreign Policy article mentioned in Washington Times. “The China Syndrome”
Journalist Nithin Coca reported in Foreign Policy magazine last month that “prisoners in the camps are told to renounce God and embrace the Chinese Communist Party. Prayers, religious education, and the Ramadan fast are increasingly restricted or banned.” He observes that “amid this state-backed campaign against their religious brethren, Muslim leaders and communities around the world stand silent.”

July 2017. Feature for Engadget mentioned in The Dipomat “China’s Newest Censorship Methods on Display”
It is a nonstop game of cat-and-mouse,” journalist Nithin Coca wrote in a June 27 article about China’s high-tech war on Tibetan communication. “As the Tibet movement’s digital-security abilities and training improve, the Chinese government implements more sophisticated hacking techniques.”

Nov 2013. Bootsnall Couchsurfing feature mentioned in TechPresident “How to Lose Funds and Infuriate Users: Couchsurfing, a Cautionary Tale From the “Sharing Economy”
Back then the whole network, everyone heard about it through word of mouth,” says Nithin Coca, a freelance writer who started using the site in 2006 to travel through Asia, Europe, and the US. Coca describes his experience of Couchsuring as a sort of traveller’s Eden. “It seems too good to be true, but there was a community of people who were genuinely caring and genuinely wanted to help other people.

Due to travel restrictions around the Covid-19 pandemic.

Use the form below, or email contact@mail.nithincoca.com